From the PDX 2 Gulf Coast 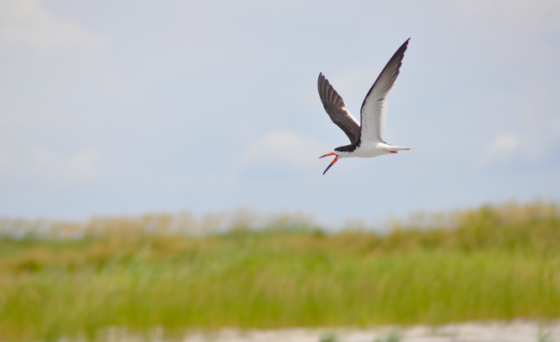 Photo Mike Houck
The Gulf Coast may not be gracing the headlines, but there’s plenty of things happening in the area that continues to feel the severe ramifications of last year’s spills. Every month we’ll be highlighting some of the news articles that didn’t make headlines, keeping you up to date on what’s taking place in the Gulf and bringing awareness to the plethora of issues still at hand in the area.
1. Louisiana to spend $12 million on wetlands, oyster beds, and send BP the bill
By Mark Schleifstein, The Times-Picayune
2. Commentary: BP is back in Gulf
By Loren Steffy, The San Antonio Express News
3. Up to 40% of Gulf Oil Spill Was Potent Methane Gas, Research Shows
The findings underscore how little is understood about the behavior of gases in oceans, as countries launch the first gas-hydrate drilling programs
By Lisa Song, SolveClimate News
4. ‘Red flag’ in oil-spill health study
By Nikki Buskey, The Daily Comet
5. Gulf restoration Task Force says plan will address both BP oil spill effects and existing environmental problems
By Mark Schleifstein, The Times-Picayune
6. Are Recent Baby Dolphin Deaths Caused by the Oil Spill?By Laura Goldman, Change.Org
7. In Devastating Complaint, Louisiana Demands $1 Million a Day from BP and Others
By Sabrina Canfield, Courthouse News
8. BP tackling tar mats off coast
County officials: Cleanup effort too little, too late
By Kimberly Blair, The Pensacola News Journal
9. Gulf of Mexico is a treasure to protect
By Frances Beinecke, Contributing Op-Ed Columnist, The Times-Picayune
10. Cause of dolphin deaths remains unknown
By Nikki Buskey, The Daily Comet
Posted by John L. Wathen at 5:15 PM