Hands Across The Sands New Zealand

My friends. I am here in the fight of a lifetime to  "Stop Deep Sea Drilling" in New Zealand. 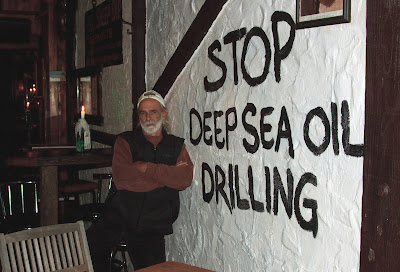 The groundswell of momentum to stop deep water drilling is almost intoxicating. People, businesses, tribal leaders, and even the children seem to be together in their love and heart felt commitment to protect New Zealand from the horrors we went through in the Gulf. As we all know the only way to keep the disaster from these shores is to stop the drilling in deep water before it begins.

There has been a series of meetings with locals and Hui assemblies where I have presented my photos and videos from our BP mess.
The people were more than willing to come out publicly to say no deep sea drilling. Even the town councilman who was in attendance said the town had begun drafting a resolution to say no. Many businesses such as Strawberry Tree (a local pub) have been very outspoken in the movement to stop this madness.
Whale Watch is one of the most influential businesses in the district and has come out strongly against. It's a good thing because we, in the US, know what a single disaster like our Gulf can do to all marine life. Imagine no one being able to see these majestic creatures again! 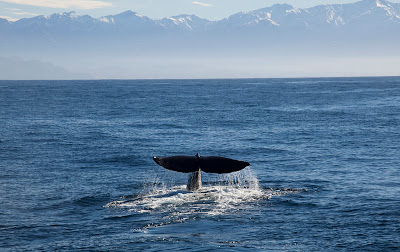 Of all the wonderful sights and people of this trip, the children of the Kaikoura Suburban School have absolutely the most inspiring event yet.

I was asked to speak to a group of grade school students about my experiences in the Gulf of Mexico. I have to admit that I was a bit nervous about it. I am used to speaking to adults about what corrupt and dangerous neighbors BP was to us and their "silent partner" Anadarko. I had never been asked to talk to children about it.

After the talk I asked if they had any questions they wanted to ask. I was very impressed with what they asked.

SO here is the ask of my friends in America. We have a great momentum here and I actually believe we can stop deep water drilling off the coast of Aotearoa (New Zealand) but need to let the people here know that they are not alone in the fight. When Hands Across The Sands America happens on the 18th, I want as many people in America as possibly to make and display some signs to say "We support no deep sea drilling in New Zealand" or words to that effect. Take video, and or photos of the event and send them to me on Facebook (John Wathen) or email at hccreekkeeper@gmail.com

I will then spread them all over the islands here to show our support for this monumental movement. Good on ya for doing this. Together we can shove these drill crazy son's of BP back home to Texas with their tail tucked!