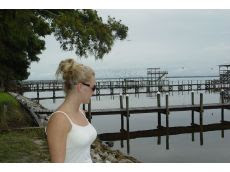 With the Clyde B. Wells Bridge visible to the east, the air carried a heavy stench as 10-year-old Chandler Gibson emptied nets containing the scooped remains of a fish kill in Choctawhatchee Bay last Saturday.
“I love to fish out here and he does too,” Chandler said, motioning to his 70-year-old Bay Grove Road neighbor.
He and his sister initially discovered the fish kill, because of all the birds.
“Plenty of dead fish, dead shrimp and I seen a few crabs and they were hiding in the rocks,” Chandler said. “I hate it.”
To see photos of the fish kill, click here.
In the middle of the conversation, the more than 100 pelicans, seagulls and heron that had been gorging on the numerous dead fish suddenly became spooked and flew a few hundred yards east.
A survey of the water revealed a swiftly moving oily sheen with a foamy, bubbling substance with reddish stringy globs. A murky burnt red plume replaced the visible bottom. 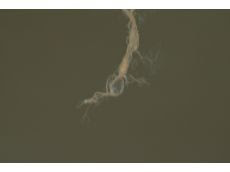 “I told Chandler he probably should not be swimming in there and I’m worried about my daughter,” said Maranda Miller, Josh’s 26-year-old sister. “I don’t know if it’s safe or not.”
Reports of oil in the bay started on Thursday, but The Sun was unable to substantiate them due to poor weather. Those reports continued through Tuesday, when Cindy Morgan, an avid fisherwoman, described a similar phenomenon on the “very east end” of the bay, Point Washington side.
"My husband has been fishing up here his whole life and there has been no mullet," Morgan said.
It's just been "really weird" all year, Morgan said, as she described a recent instance where catfish were swimming on top of the water. 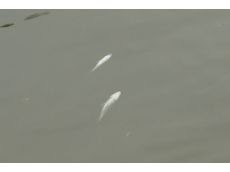 "I ain't never seen that before," she said, adding, "I use to could catch a meal a night."
Finding answers has not been easy.
Randy Seward, BP liaison for Walton County, said the “reports were new to (him) but that with the reports being so inland” he doubted it was BP oil.
The mass looked similar to the oil found a few miles away in a finger nook off Mallet Bayou several weeks ago.
“Coast Guard tested it and determined it was boat bilge and not from BP,” Seward said.
Chief William Stoffle, Coast Guard liaison for Walton County said that although he “deals with the government guys and not in operations” he was not aware of the sightings or testing.
“We are not on the same page at all,” Stoffle said when asked about the test results.
Requests from The Sun for reports of prior testing, confirmation and status of response were fielded by Cortnee Ferguson, spokesperson for Joint Information Center in Mobile Ala., and have yet to be returned.
According to an Aug. 29 newspaper report out of Pensacola, BP reversed its denials of oil in Pensacola Bay after numerous damning reports from fisherman surfaced, stating that “thousands of pounds of weathered oil is being pulled from under the surface of Pensacola Bay every day.”
The Sun collected water from the area and brought it to Emerald Coastkeepers for independent testing. Results were still out as of press time.
Posted by John L. Wathen at 10:24 PM