David Ferrara, Press-Register
Follow
Share this story
Story tools
GULF SHORES, Alabama -- The Gulf Shores City Council has agreed to settle with BP PLC for slightly less revenue than what officials estimated was lost during the year of the record-setting oil spill. 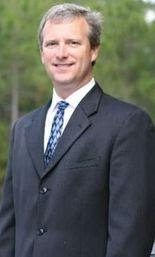 Gulf Shores City Councilman Jason Dyken.
A resolution passed at a special emergency meeting this week allows for Mayor Robert Craft to “communicate” the city’s “willingness to settle all of the city’s losses for taxes, royalties, rents, fees or net-profit shares ... or any other source of revenue or returns on investments arising out of the Deepwater Horizon incident.”While city officials have said that BP still owes $2,005,393 in lost revenue this year, the council agreed to a $1,839,311 settlement.
Councilman Jason Dyken, who also chairs the finance committee, views the settlement as a turning point.
“We’ll put 2010 to bed,” Dyken said, “and it structures us for 2011 with a safety net, so that we’re able to maintain the obligations to our citizens as well as the ability to grow and develop new services for our citizens. We’re excited to be able to spend our time proactively looking to the future instead of looking to the past and bickering about whose assumptions are correct.”
It’s still unclear, however, when BP plans to make the final 2010 payment.
Though BP could not provide a date as for when the claim would be paid, company officials have acknowledged working with the city on future payments.
The difference of about $166,000 between what city officials had estimated was owed and the settlement amount was not likely to impact Gulf Shore’s finances, said Cindy King, the city’s finance director.
“In the overall scope of our budget it’s not going to cause us to have to cut because we’ve been very frugal on our expenses,” King said.
Neither King nor Dyken could say why the city agreed to a lesser payment.
Dyken called the original dollar figures “assumptions” the city tossed at BP for months after oil started gushing from the busted rig.
He said the settlement was “fair.”
The last check BP cut was at the end of September for $1.69 million, which at the time brought total payment to the city to roughly $3 million.
That helped the city maintain payroll and pay bills for the rest of the year, King said.

How payments will be made next year is part of ongoing negotiations between the city and BP, according to King.
Craft has suggested providing BP with a quarterly revenue report in 2011, in which case the company would make up the difference between what was projected and what was generated.
In neighboring Orange Beach, a city affected on a similar economic level by the oil spill, officials continue to negotiate with BP on lost revenue claims, according to Mayor Tony Kennon.
Kennon believes the payments next year will be as significant as those recouping this year’s losses.
“A 2011 financial backstop for my community is absolutely necessary to create stability in our business community and to relieve some stress,” Kennon said.
Posted by John L. Wathen at 7:07 AM