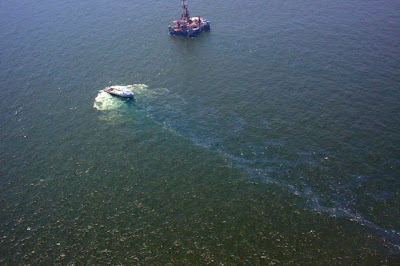 HOUSTON, Jun 08, 2010 (BUSINESS WIRE) --Diamond Offshore Drilling, Inc. (NYSE:DO) today confirmed that there have been no leaks of hydrocarbons from the semisubmersible drilling rig Ocean Saratoga. The rig is under contract to Taylor Energy Company LLC and engaged in the process of plugging and abandoning wells damaged when a Taylor Energy production platform was toppled during Hurricane Ivan in 2004.
As previously announced by Taylor Energy today, Taylor is continuing its ongoing well intervention program, using the Diamond Ocean Saratoga, with full approval from Unified Command. The well intervention program at Mississippi Canyon Block 20 is the result of the destruction of a production platform caused by a mudslide triggered by Hurricane Ivan. The platform was toppled by a subsurface mud slide triggered by storm surges with 100 foot waves.
As reported by Taylor Energy, the wells were covered by more than 100 feet of mud and sediment and only four wells were capable of production without pressure assistance. The associated surface sheen was minimal and never made landfall. As a result of deploying three subsurface containment domes and performing six successful well interventions, the initial average observed sheen volume of nine gallons per day has been substantially reduced.
Unidentified aircraft took photos this weekend that incorrectly reported an oil leak coming from the drilling rig Ocean Saratoga. At the time of these photos, Taylor Energy was actually conducting marine operations on site with a 180 foot dynamically positioned workboat for regularly scheduled subsea containment system drainage. The tanks mistakenly characterized as containing dispersants on the boat's deck, were actually tanks to store and transport the collected oil as it was pumped from the underwater storage system.
"The effort is continuing as directed by the Unified Command," said Will Pecue, President of Taylor Energy. "We have been working consistently and successfully with MMS and the U.S. Coast Guard to address the resulting environmental impacts of one of the ten most intense hurricanes ever recorded by the National Weather Service."
Diamond Offshore provides contract drilling services to the energy industry and is a leader in deepwater drilling. Additional information on Diamond Offshore and access to the Company's SEC filings is available on the Internet at www.diamondoffshore.com.
Statements contained in this press release which are not historical facts are "forward-looking statements" within the meaning of the federal securities laws. Forward-looking statements are inherently uncertain and subject to a variety of risks that could cause actual results to differ materially from those expected by management of the Company. A discussion of the important risk factors and other considerations that could materially impact these matters as well as the Company's overall business and financial performance can be found in the Company's reports filed with the Securities and Exchange Commission and readers of this release are urged to review those reports carefully when considering these forward-looking statements. Copies of these reports are available through the Company's website www.diamondoffshore.com. Given these risk factors, investors and analysts should not place undue reliance on forward-looking statements. Any such forward-looking statements speak only as of the date of this press release. The Company expressly disclaims any obligation or undertaking to release publicly any updates or revisions to any forward-looking statement to reflect any change in the Company's expectations with regard thereto or any change in events, conditions or circumstances on which any forward-looking statement is based. 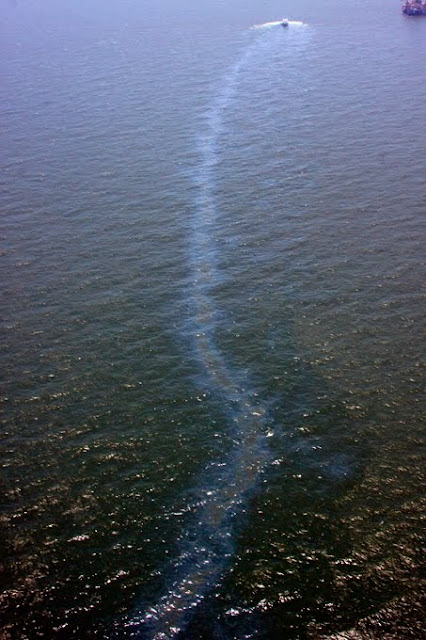