Top Expert: Geology is "Fractured", Relief Wells May Fail ... BP is Using a "Cloak of Silence", Refusing to Share Even Basic Data with the Government 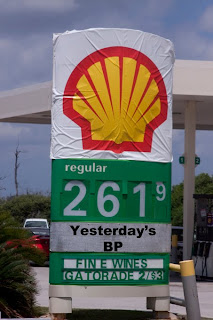 Few people in the world know more about oil drilling disasters than Dr. Robert Bea.
Bea teaches engineering at the University of California Berkeley, and has 55 years of experience in engineering and management of design, construction, maintenance, operation, and decommissioning of engineered systems including offshore platforms, pipelines and floating facilities. Bea has worked for many years in governmental and quasi-governmental roles, and has been a high-level governmental adviser concerning disasters. He worked for 16 years as a top mechanical engineer and manager for Shell Oil, and has worked with Bechtel and the Army Corps of Engineers. One of the world's top experts in offshore drilling problems, Bea is a member of the Deepwater Horizon Study Group, and has been interviewed by news media around the world concerning the BP oil disaster.
Washington's Blog spoke with Dr. Bea yesterday.