Oilgate! BP and All the President's Men

Your request is being processed... 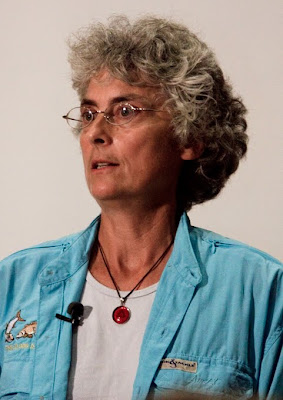 Oilgate! BP and All the President's Men (Except One) Seek to Contain Truth of Leak in the Gulf (PHOTOS)(VIDEO)

Barataria, LA. -- Bonnie Schumaker slowed her souped-up Cessna 180 from 130 to 50 knots so I could hold open the window for documentary film producer Bo Bodart to shoot the grim scene below us. The oil-laced air rushed in and stung our throats and eyes. Bay Jimmy on the northeast side of Barataria Bay was full of oil. So was Bay Baptiste, Lake Grande Ecaille, and Billet Bay. Sitting next to me was Mike Roberts, a shrimper with Louisiana Bayoukeepers, who has grown up in this area. His voice crackled over the headset as I strained to hold the window. "I've fished in all these waters - everywhere you can see. It's all oiled. This is the worst I've seen. This is a heart-break..."

Bay Jimmy, northeast end of Barataria Bay. July 31, 2010. Bo Bodart.
We followed thick streamers of black oil and ribbons of rainbow sheen from Bay Baptiste and Bay Jimmy south across Barataria Bay through Four Bayou Pass and into the Gulf of Mexico. The ocean's smooth surface glinted like molten lead in the late afternoon sun. Oil. As far as we could see: Oil. This was July 31, Day 103 of BP's disaster and more than two weeks after BP had sealed its broken wellhead that had hemorrhaged oil into the Gulf for nearly three months. BP's latest pretend is that tropical storm Bonnie washed the oil away - or at least off the surface - so the company is busily laying off response crews and claiming damages were over-exaggerated. Since Day 1, BP has consistently downplayed the size of its gusher and the damage it was causing to wildlife and people. This is what happens when governments leave the spiller in charge of the spill or, in this case, the criminal in charge of the crime scene. Evidence disappears as the criminal seeks to minimize its liability for damages. What should be a war on the spill becomes a war against the truth, the environment, and the injured people. The official story emerging now from BP and most of the president's men - and now being echoed by some national media - is: the oil is gone; the danger is past and was exaggerated; the dispersants were effective in keeping oil from reaching the shore; the oil that does reach shore is mostly weathered and not toxic; and federal officials have found no unsafe levels of oil in air or water samples and no evidence of illness due to oil or dispersant use. As my father used to say: Good story if true. The official story does not match the reality that I saw from the Cessna or have heard from people I have met during community visits since the well was temporarily sealed - and ever since I first arrived in early May. Public health is a huge concern - and with good reason. BP has created Frankenstein in its Gulf laboratory: an oil-dispersant chemical stew that so far has contaminated over 44,000 square miles of ocean and caused internal bleeding and hemorrhaging in workers and dolphins alike, according to Hugh Kaufman, a senior policy analyst at the EPA, who recently blew the whistle on the industry-government cover up. BP has sprayed dispersants steadily in the Gulf with Coast Guard approval from the beginning - under the sea, on the surface, offshore, near shore, in inland waters, at night, during the day - despite a public uproar to cease and desist. The dispersants used in BP's draconian experiment contain solvents such as petroleum distillates and 2-butoxyethanol. Solvents dissolve oil, grease, and rubber. Spill responders have told me that the hard rubber impellors in their engines and the soft rubber bushings on their outboard motor pumps are falling apart and need frequent replacement. They say the plastic corks used to float the absorbent booms during skimming operations dissolve after a week of use. They say the hard epoxy resin on and below the waterline of their fiberglass boats is also dissolving and chipping away. Divers have told me that they have had to replace the soft rubber o-rings on their gear after dives in the Gulf and that the oil-chemical stew eats its way into even the Hazmat dive suits. Given this evidence, it should be no surprise that solvents are also notoriously toxic to people, something the medical community has long known. In Generations at Risk, medical doctor Ted Schettler and others warn that solvents can rapidly enter the human body: They evaporate in air and are easily inhaled, they penetrate skin easily, and they cross the placenta into fetuses. For example, 2-butoxyethanol is a human health hazard substance: It is a fetal toxin and it breaks down blood cells, causing blood and kidney disorders. I suspect that the oil-chemical stew is likely the culprit behind the strange rashes reported by people across the Gulf - rashes that break out into deep blisters on legs or repeated peeling on hands. Stories accompany the rashes, stories of handling dead sea turtles, wading or swimming in the Gulf, or washing clothes of spill responders. Medical doctors are diagnosing rashes as staph infections or scabies, but the rashes are not responding to medical treatment as they would if the causation was biological instead of chemical.

Blisters and rashes experienced by fisher and Venice, Louisiana, Councilwoman Kindra Arneson are widespread across the Gulf. Rashes are not responding to treatment for staph or scabies. The cause may be chemical, not biological. 2010 Kindra Arneson.