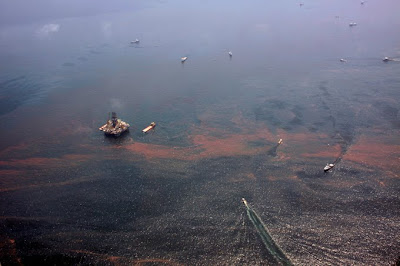 President Barack Obama's remarks Friday in the Rose Garden about the Gulf Coast oil spill, as transcribed by the White House: