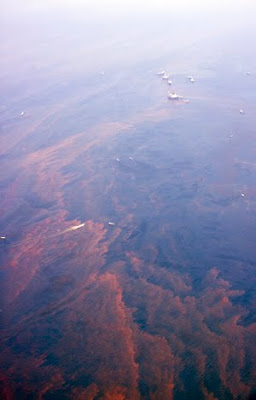 by: Scott Hiaasen  |  Miami Herald
Transocean, Ltd., the Switzerland-based offshore contractor that owned the Deepwater Horizon floating drilling rig, has asked a federal court in Houston to limit its liability from the oil spill to less than $27 million.
Invoking a little-known maritime law passed in 1851, the company said it should not have to pay any more than the salvage value of the charred oil rig and its freight, all of which sank in 5,000 feet of water after the April 20 explosion that killed 11 workers. Before the accident, the Deepwater Horizon was valued at more than $500 million.
In a statement, Transocean said the court petition was filed at the request of its insurance companies, and the petition will allow the company to consolidate all outstanding lawsuits before a single federal judge in Houston. The company said it now faces more than 100 lawsuits over the spill in several states.
Lawyers for those injured in the blast said the petition could also prevent any claims filed more than six months after the accident.
"It's very unfair," said Matthew Shaffer, a Houston attorney who represents a handful of Transocean employees injured in the blast. "It's a slap in the face to anyone who has been injured because of their negligence."
Transocean's filing comes as the Obama administration and Congress seek to retroactively raise liability limits that would cap the cost BP, the runaway well's owner, would have to pay. The current limit is $75 million. Some members of Congress have proposed raising that to $10 billion.
Shaffer said Transocean must prove it did nothing wrong to cause the accident in order to successfully limit its damages.
"I think it's hard to believe they didn't have any knowledge of what was going on on their own rig," Shaffer said.
All republished content that appears on Truthout has been obtained by permission or license.

This forum is moderated by software. Please allow up to 15 minutes for your comments to go live and avoid posting the same comment multiple times.

A piontless article is one

A piontless article is one which does not disclose
the principal owners/ directorship of Transocean,LTD.
My suspicion is that they well known.... for
their Corpo/Criminal activities.

Big Oil, BP & TransOcean Ltd privatize record profits nearly every quarter but wants the people and the planet to absorb the unprecedented costs & impacts of its greedy negligence in the on-going Gulf leak! Obomber's proposal to raise their liability to $10B is too little too late. $10B doesn't even begin to cover the unimaginable environmental & economic consequences they have caused. Meanwhile, to mitigate the worst impacts of the Climate Crisis, the US carbon footprint must shrink by 80% in the next ten years. I say raise Oil Profiteer liability to $1T & nail the coffin of oil dependence shut once and for ALL.

Obama should keep the space

Obama should keep the space program going! We need passengers to Mars and I think those fellas at Gov't. Sachs, BP, TransOcean, Haliburton, Monsanto, et al, should be honored with the risk of exploration in outer space. Apparently, they've been training all along on another planet. So, let's give these guys a chance to prove themselves! Oh, and make the liability an obscene amount befitting their obscene and blatant disregard for reality and make it retroactive.

Heads they win, tails we

Heads they win, tails we lose. they suck profits down every quarter, get huge bonuses and cut costs. When TSHTF because of their cost cutting, oops they aren't liable becaues they bought Congress off after the Exxon Valdez.
Good grief.

PresGWBush "..is an old law.." would apply here--the laws must keep current w/ days' technology: not including "deepwater technology', nor the breadth & depth such harm could be done was not possible one+ century ago. Let's have some common sense.If your kids came to you w/ an excuse this lame, they would be reprimanded.How dumb do we look?

The best exit strategy for

The best exit strategy for BP
Smart money would never take over Control of the runaway blowout from BP. They are hucksters and they have been playing the USA as a fool since this began.
BP has sought to get all in the game by putting them in the COMMAND CENTER of just knowing what they wanted to preach and teach.
BP CEO is set to depart any day. He may be the fall guy WHO KNOWS.
I know this as well as any, without the Rule of Law exercised on our part slamming them hard, with indictments, arrest, so on and then grabbing all the billions we can, we are UP the CREEK WITHOUT A PADDLE.
BP will play us out like EXXON did for years in COURT. Then walk away someday clear with little cash gone and then go again. The lawyers that practice the deceitful SEE SAW YAW of the LAW work for the DEVIL most of the time but sometimes they work for morose morons like BP as well.
MY TAKE
Dwight Baker
Dbaker007@stx.rr.com

I would have no problem with

I would have no problem with limiting it to $27 million 1851 dollars. Adjusting for inflation would be about $1.1 Billion in 2010 dollars.

I hope the many, many

I hope the many, many injured parties, from what could turn into the destruction of the whole Gulf and beyond, will put the Obama administration on notice that we, the people, don't want to hear ANY talk of "limited liability." Really the Obama administration, no less than the Supreme Court, looks upon corporations as SUPER PERSONS for whom the rest of us exist only to provide them with profits and to clean up their messes when they fail. The liability of the Three Ugly Giants should be every bit as wide as the damage they have done--and it would not surprise me if that stretched far beyond any of the sums now being mentioned.

Charles in Oregon has it

Charles in Oregon has it exactly right, even if the figures might be a bit low.
The Government is to PROTECT THE PEOPLE, and that includes the food (sea food) we eat and the Gulf shores from which many make their living.
If ALL offshore oil drilling in the USA was to stop, only 2% of world reserves would be held in, well, reserve. That's manageable for now. Save it for an emergency, at which time it might be MUCH more important to have on hand.

The love of money is the

The love of money is the root of all evil.
What else is new?
Halliburton has cheated the US in Iraq and elsewhere. No doubt they will come out ahead on this gulf debacle.

How about including the

How about including the value of all the oil that Transocean's rig could have gotten through its rig? Had the rig been nationalized Transocean certainly would have claimed the oil's value. Should Transocean be allowed to abandon its ownership now?
Posted by John L. Wathen at 8:04 AM