I wanted to post this forum post from a long time adversary of mine. The guy hates me and anything I do. He would die before breathing the same air in a room with me.

He tries to bait me all the time. Today he came off differently but still blinded by the oil ads.

I have wanted to write a short piece on people in the water but he opened the door to it in a forum. The post is below... Feel free to follow it in the Tuscaloosa News. Tell Ursus what you think.

I'm sitting here watching a rerun of Jimmy Buffet's concert at Gulf Shores and marveling at how clean and beautiful the water and beach are after all the hype I've seen and heard.

I see ads running on TV all the time stating that "the coast is clear", paid for by people desperate to save their livelihood from a perception that really isn't happening except in a very limited area.

Many people aren't eating seafood lately, regardless of its origin. I've bought much on sale at the groceries.

I see the broadcast media developing some remorse about the damage they are doing to the tourism and fishing industries, probably worse than the oil itself.

So what are you up to these days? Just checking, haven't heard from you lately, hope all is well.

Below is my reply...

"Thanks for asking. Once again, you must try to get out from behind the send button. Do you really think people are going to come to the coast if the governors say "our beaches are dangerous"? It's the Jaws syndrome.

I am sure that from behind your send button everything LOOKS rosy but there is a couple of facts you should be made aware of...
1. The beaches look great because there was a massive clean-up that took place all night the night before with heavy equipment on the beaches. Lighting was set up and dozers worked all night to cover up the oil on the beach in sensitive turtle hatching areas.

2. They worked almost up to concert time to keep the touristas unaware of the oil that is just under the fresh sand brought it to cover it. 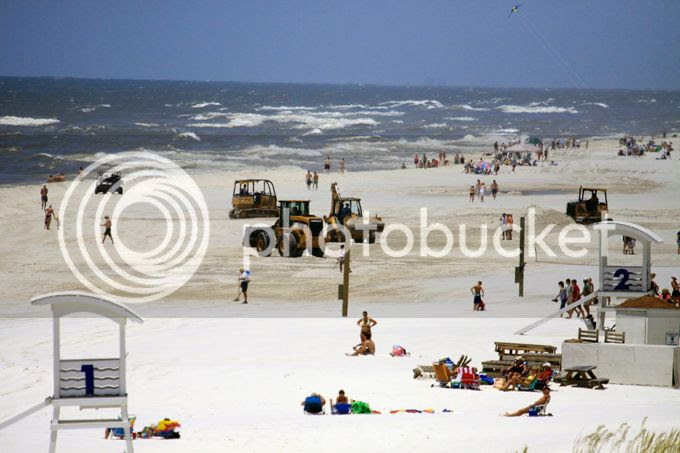 3. Just down the beach in West Gulf Shores, (out of range of your send button) this is what the beach looked like. 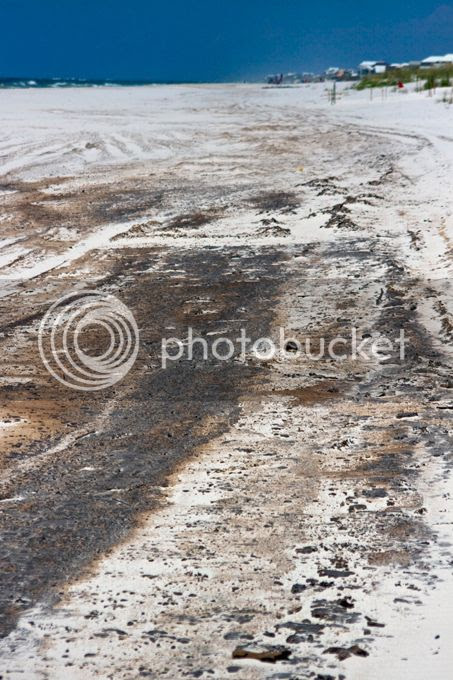 4. People were in the water because the politicos said it was o/k. Not one MD has signed off on such statements. Governors are screaming come on down the water is fine... NOT.
We are calling it the Jaws syndrome. "We can't close our beaches during tourist season... Someone must die before we loose money!"

5. It matters not if there are large mats of oil on the beach, the dispersant mixes the toxins in the water column making it very difficult to see but it is there. The water has a pinkish hue to it and the surf foam is reddish brown. 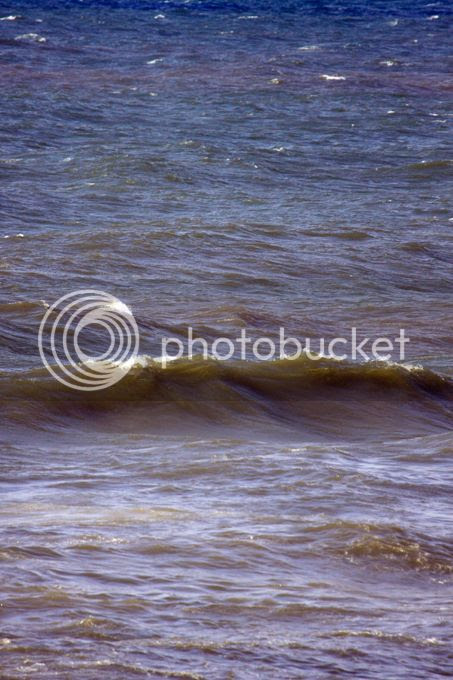 6. Since the 4th weekend, there have been many complaints registered at local clinics with rashes, respiratory, and eye burning complaints. The mainstream media is not covering that. (no, I will not research the info for you and post links, no time, do it yourself)

7. Of course you are seeing and hearing the for profit media saying it is safe... The oil and coal industries are the highest paying customers they have. I can see where you would want to believe them but you really are blind if CNN or Fox are your sources.

Here is the real story...
A child's play bucket with seawater taken from the Gulf just 5 minutes before this photo was taken. There is oil in the water but the parent said he could not see it while in the surf. 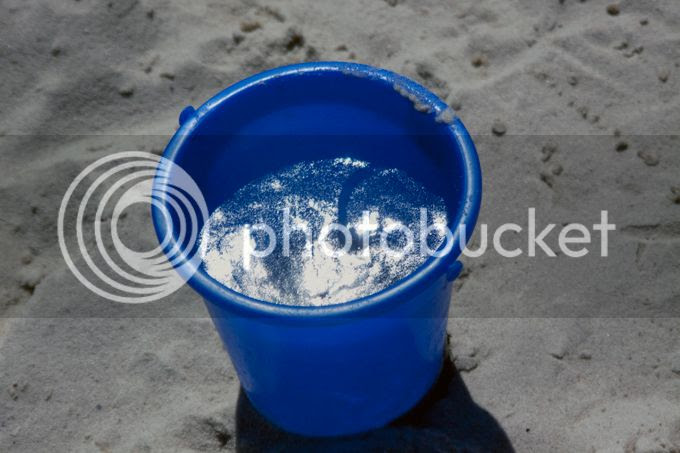 The dumpsters full of contaminated sand was well out of sight of tourists. 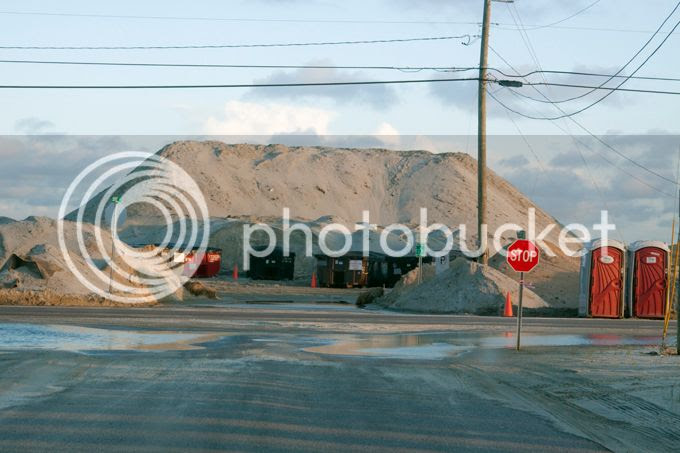 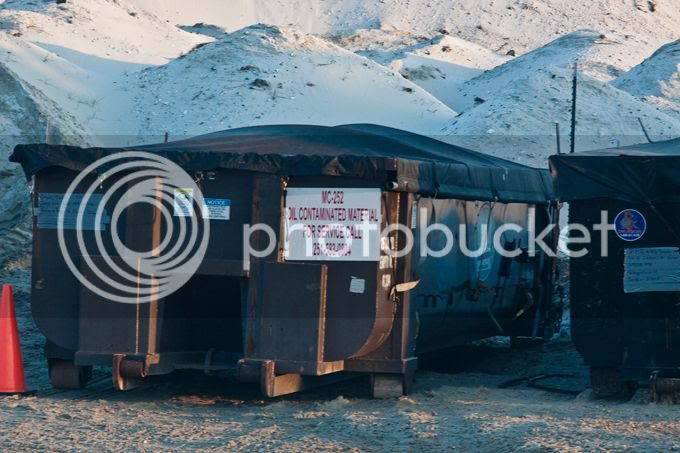 Just a short boat ride across the bay on Dauphin Island these signs are posted but not on public beaches where tourists are, down on the West end where it was fairly deserted. I am not sure how they can claim the water on one side of the bay is contaminated and the other not. 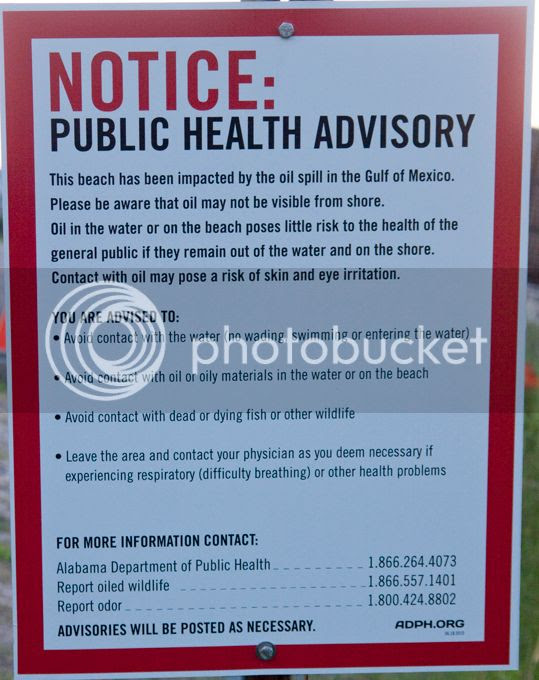 I bought a new pair of tennis shoes on 06,06, 10. I wore them to Mexico then back to the beach. No problems until the week of 07/04. Weather kept us from flying so I worked the on beach for a while. On 07/07/ when I got in the truck and kicked the Bon Secour sand off of my shoes, I found gaping holes in the shoes. The tops were letting go from the soles and the rubber was soft as if being dissolved. 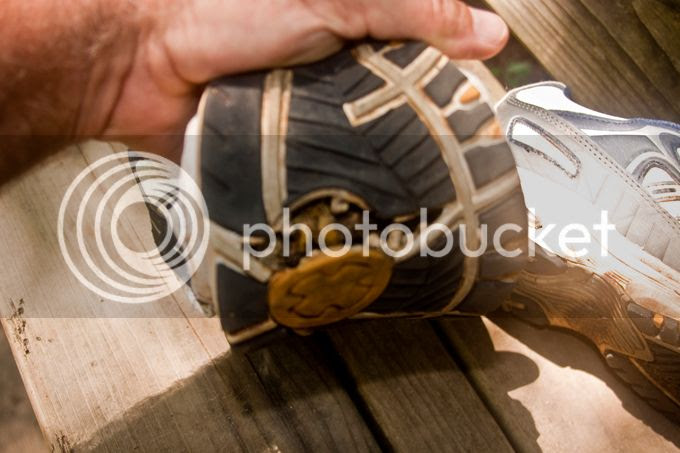 You believe the oil advertisers who say it is safe. I will continue to tell folks to come and bear witness to this disaster but STAY OUT OF THE WATER! 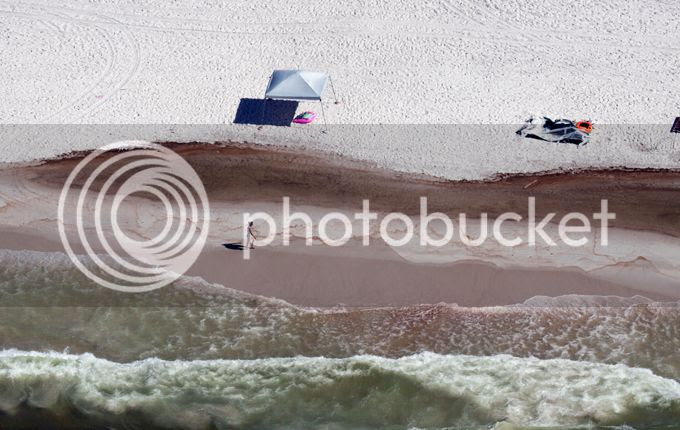 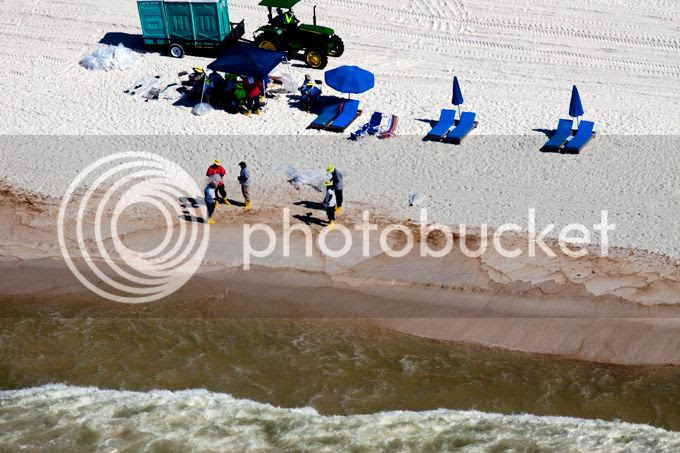